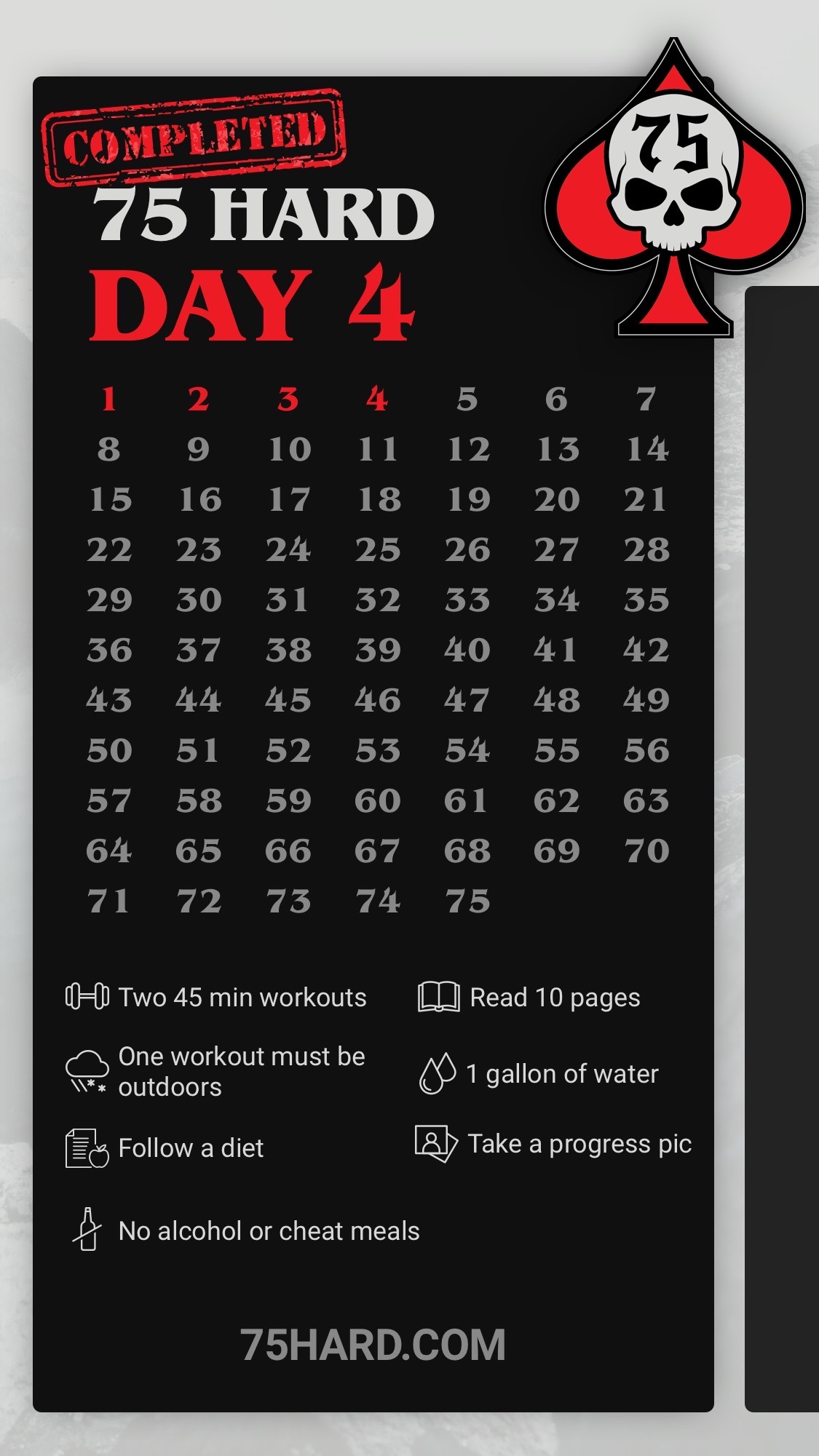 I just finished day 4 of 75 Hard, and it’s been interesting so far.

It’s still early, but my Bitch Voice has wasted no time in attempting to assert itself.

The first of my 2 workouts has been weights at the gym, so I have to get up fairly early to make that happen before any kids wake up.

I’ve been waking up sometime between 5-5:30, rolling out of bed and basically just heading to the gym.

The first battle comes when it’s time to get out of bed.

The bitch voice says, “You really need to rest and catch up on your sleep. Just do this workout later.”

That’s the first one I have to ignore.

Then, even when I’m at the gym it doesn’t necessarily stop.

While I have dialed the intensity to a level that matches my age, current fitness level, and the fact that I’m 2 workouts a day for 2.5 months, I still put forth a lot of effort in those workouts!

So that voice might have been the most surprising aspect so far, had I not read the 75 Hard book before starting the challenge.

The weak mind video I referenced in the last post also helped me get my mind in the right place for this.

And maybe this seems silly, or maybe not, but I’ve been listening to the Real AF Podcast in the gym and that has helped a lot too. (It’s profane as anything, but the info is great. Just a warning!)

While I try my best not to be too judgmental of others, I did a search for reviews of 75 Hard before I started.

I ran across people who owned up to not finishing the challenge, and there’s nothing wrong with that…

But I noticed that some people gave justifications for it like, “It just wasn’t reasonable for me to work out twice a day.”

Or people making their own tweaks to the challenge.

I’m sure they feel justified, but…

In episode 42 Andy said something that really caught my attention.

He basically said that the reason you are where you are right now is because when things get hard, you find something different to do.

I’m very guilty of that, and that’s the main reason I’m putting myself through 75 Hard.