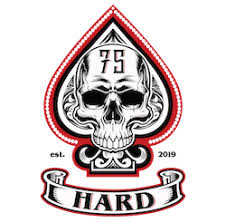 I recently returned from vacation at the beach.

I realized that I often gain a tremendous amount of clarity about my life, business, and other things.

Maybe something about the beach just calms me.

It can’t hurt that, for the first time I can remember, I actually took a real vacation.

Not the kind where you do a bunch of work and still attend virtual meetings, etc.

But also gave me a chance to decompress and think.

I took care of most of my client work ahead of time so I could do this.

But that didn’t mean that I didn’t think about other things!

I also got up around 5:30 every morning to workout on the beach.

That always gets my brain going and leads to ideas.

But my ideas don’t always lead to action, and that was frustrating.

Then I got an email that really opened my eyes to why that’s the case.

I don’t know if I’m supposed to be sharing this video, and if it’s missing it’s because I need to take it down.

But I think it’s brilliant and a lot of people need to see it.

It was timely for me, as I’ve been thinking about this lately.

This video is by Tej Dosa, a very smart marketer that you should follow.

Here’s the video, well worth 30 minutes of your time (though who doesn’t speed up these kinds of videos?)

This video just put words to something that I know I suffer from, and that is the weak mind.

This is not to say that I’m dumb, but rather unfocused, scared to put myself out there, unwilling to tolerate resistance, and I often quit when things get difficult.

I recently read the 75 Hard book (sold out, but I have extra copies) by Andy Frisella (more on this a little later), and he calls this the “bitch voice”.

If you’re anything like me, when you hear it described that way, you can’t unhear it, and you notice it everywhere.

This is the voice that tells you (me) things like:

You know the type of stuff.

We all have a bitch voice and whenever things get difficult, that voice pops into our head.

The result is the weak mind that Tej mentioned in the video.

How to Fix the Weak Mind

This is in the video, but basically you have to do 2 things to fix your weak mind.

The first is recognize and call it out when the bitch voice/weak mind comes out.

There’s a suggestion for exactly how to do this in the video.

The second is to work on building the world’s strongest mind.

You do this by doing hard things.

By shutting up the bitch voice and ignoring the weak mind.

This doesn’t have to be anything huge and dramatic.

If you just take a single positive action in opposition to your weak mind, that’s a good first step (as long as you keep doing it).

And I know that I’m capable of doing difficult things and seeing them through to completion.

I recently finished a master’s degree program (that I strongly desired to quit many times).

That was a serious challenge that I finally finished.

The other way you do it is by giving yourself challenges.

I’ve known about #75Hard for a while (you probably have too!), but I sort of ignored it.

Probably out of fear.

But I read the book on vacation and realized that I need to do it.

Just in case you need a refresher, here’s what the #75Hard program consists of:

Each of those things individually sound easy.

Collectively, they are all probably mostly easy to do for a day or two.

But to do them consistently everyday for 2.5 months is where the challenge comes in.

There are a lot of physical benefits (which appeals to me, as I need to lose some pounds…), but the real benefits seem to be mental.

There’s a thread in the Fastlane Forum by a guy that I respect, where he talks about his experience doing the challenge.

Here’s a video where he talks about it:

The consensus is that it changes you mentally, and that’s why it’s recommended as a way to murder your weak mind.

And that’s why I’m doing it.

While I didn’t start the program as soon as I finished the book (for a variety of excuses reasons, I’m ready now.

I wanted to give some serious thought, particularly to my diet.

I’ll be counting calories and macros in order to reduce fat (and hopefully retain muscle).

For workouts, I plan to lift weights somewhere between 4-6 times per week, starting with AJAC’s Longevity Program (since I’m an old man at 41!)

For the second workout, I’ll likely do a walk with my family.

I’ll also be counting golf as an outdoor workout, because I carry my bag and don’t ride a cart.

Books should be easy, I love reading.

A gallon of water a day will take planning for sure to stay on top of, but I can manage that too. I have a 32oz Yeti Tumbler. 4 of those a day is my gallon.

I also have the official #75Hard app to do the progress picture.

Interestingly, people have reported having to start over due to forgetting the progress pic.

Once again, the items individually aren’t that hard.

But to do them all consistently for 75 days is a different animal.

I’m not a naturally organized or detail-oriented person.

So planning how to fit all this in with family and work will be a challenge for me.

I intend to use a physical journal, as well as the app to help track my activities during the day (like a checklist).

I also intend to keep getting up at 5:30AM to get my first workout in.

This is because my family is still asleep and it doesn’t interfere with household operations!

While it makes sense to do the outdoor one at that time, I think that I will frequently be able to do a 45-minute walk with my family in the afternoon/evening, so I’m going to start out by doing my strength training early in the AM.

We’ll see if it continues that way.

Want to do the challenge with me?

I’ll be posting flabby, shirtless selfies on my Instagram, and likely blogging about it more here as I think of things!

Have you done the challenge? How did it work for you? Did you get it right the first time or have to start over?

Tell us in the comments.

What are you for?

The persistence of a child

Why bother entering a crowded market?